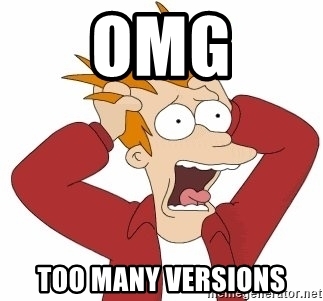 The every changing Google Ads API

Where do I start with this one… I’ve seen v1 come and go, v2 come and on the not to distant future it too will be saying goodbye and heading up to the little computer in the sky.
Version 3 was in beta, then it was in production, then it was back in beta… that’s fine as it worked and v1 code was ported to v2 and being redied for v3… then it paused. But wait, then we had v4 (beta), but v3 is still in beta right … but wait now we have v5 (beta) – confused, I definitely am!

I’m using v3 here because, well for no other reason as if I try and make API calls to v4 in Python you get an API version error response saying I must use v3. I haven’t tried upgrading to v5 yet, I’m waiting for v6 to come out 🙂

The shift from v2 to v3+ seemed to move more towards GraphQL and what on the face of it looks like SQL, with the familiar

While not true SQL it’s as near as darn it for anyone from a non technical background looking at it. So we’ll start here with some basic reports and data pulls and let’s see how it goes.